The Stunning Siren Hotel is Pulling Us to Detroit’s Renaissance

Candy Bar, the plush cocktail lounge in the lobby of The Siren Hotel, in Detroit. Photo by Christian Harder

The Siren Hotel was named for the sirens of Greek mythology. Those beautiful creatures—half-bird, half-woman—lured sailors to their island by enchanting them with sweet songs. And like the allure of mythical sirens, The Siren Hotel’s colorful, luxurious interiors are drawing people to Detroit.

The Siren is housed in the Wurlitzer Building, designed in 1926 by architect Robert Finn, a Detroit native. For five decades, the building was known as “the world’s largest music house,” with a music store, recording studio, repair shop, and concert space all living inside. But eventually these businesses left, and the Wurlitzer was left empty for many years, turning to ruin. The alley behind it was known as “death valley” due to falling bricks. The second location of Michigan-based roasters Populace Coffee is tucked inside the lobby of The Siren Hotel. Photo by Christian Harder

Then came ASH NYC, a Brooklyn-based firm known for blending European cool with historic American buildings, which stepped in to give the building a much-needed refresh. The building’s travertine floors, terra-cotta signs, and plaster detailing were carefully restored, and the design team traveled to Italy, France, and Belgium in search of antiques to complement its Italian Renaissance-style architecture, like a pair of 12-foot 19-century Italian mirrors that hang in the lobby. The hotel’s interior design is infused with a modern sensibility, springing from ASH NYC’s trademark aesthetic: Think warm but clean, with a sumptuous pallet and surprising details around every corner. One of nine room styles available to book, The Parlor offers a king bed—and a cute marble-top side table. Photo by Christian Harder

“When working on the guest rooms, we were looking to capture a calming simplicity,” Will says. “Something that spoke to a haven from the noise of the city still on the rise from its ashes.”

Related | Get the Look: Where to Score The Siren Hotel’s Bold Decor for Your Own Home

Despite its tranquility, the hotel anchors the city’s growing downtown. Visitors who aren’t staying in one of the 106 guest rooms can grab an espresso from the lobby coffee bar, shop design-forward products at The Siren Shop, get a fresh shave at the barbershop, have a drink at the rooftop lounge, or sing their hearts out at the piano karaoke bar—to name a few of its experiences. “Our public spaces are designed to be a living room for our guests and the people of the city,” Will says.

And part of the city it is, both culturally and architecturally. The Siren nods to Detroit’s musical history while pushing visitors to discover the future. It remembers the past, but it’s not stuck in it. Candy Bar, the plush cocktail lounge in the lobby of The Siren Hotel, in Detroit. Photo by Christian Harder 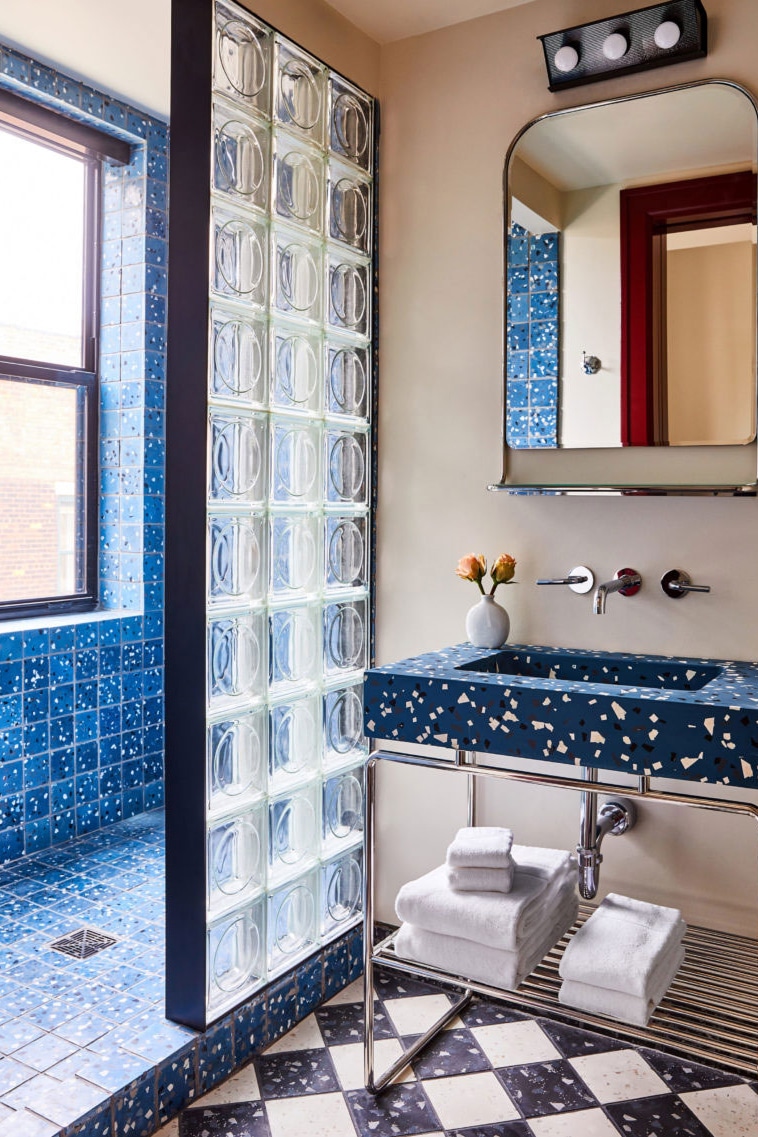