The personal kitchen of And And And Studio founders Annie Ritz and Daniel Rabin features Fisher & Paykel integrated and contemporary appliances. Photo by The Ingalls

The appliance brand Fisher & Paykel is a household name in New Zealand, as well as one of the top employers in Auckland, the island nation’s largest city. Many of its signature products, like the integrated DishDrawer™ dishwasher, are radical rethinking of traditional form factors. “We have a little bit of our own design DNA coming from New Zealand,” says Shane Rehm, Fisher & Paykel’s vice president of product management.

Yet the company’s story began with American products. In 1933 Olive Paykel spotted an ad for the brand-new Crosley Shelvador electric refrigerator in a copy of Ladies’ Home Journal. Olive’s husband, George, had an importing business, and she suggested he add the Shelvador to his next order.

Olive secured 12 orders from family and friends—including one for herself—and George ordered 20 total. Olive and George’s teenage son, Maurice, delivered the preorders around Auckland, while Olive’s soon-to-be son-in-law Woolf Fisher, a traveling salesman, took the remaining eight to sell on commission. By the following year Maurice and Woolf hung out their shingle as Fisher & Paykel, appliance importers. Fisher & Paykel has a long history of innovation, dating back many decades in New Zealand.

It’s remarkable that the new business survived its first few years, as New Zealand was hit hard by the Great Depression. In an effort to beef up its own manufacturing sector, the New Zealand government banned the import of manufactured goods, including appliances. Rather than closing up shop, Fisher & Paykel rolled with the change, establishing licensing relationships with overseas companies like Kelvinator (at the time the market leader for electric refrigerators) to assemble appliances in Auckland starting in 1939. Eventually Fisher & Paykel began designing and building products under the founders’ own names, with a company culture that encourages ground-up thinking. “New Zealand is a relatively small country, but I think we box above our weight on the world scene,” Shane says. Fisher & Paykel coal and electric ranges were delivered on the back of a truck in the 1930s.

The company’s designers and engineers continue to place a focus on innovation, encouraging Kiwi consumers to upgrade by anticipating new use cases rather than sticking to the status quo. “We sit at the other end of the world to most people on the planet. We’re quite remote,” says Mark Elmore, Fisher & Paykel’s executive vice president, brand and design. “But what that has done historically is create a culture of curiosity. We have a very informal lifestyle, and that’s resulted in different patterns of use.” The 1950s release of this electric range was met with much enthusiasm. The company’s product engineers fill a room in the New Zealand offices in the 1960s. It was around this time that a major breakthrough happened, and Fisher & Paykel saw an opportunity to meet modern demands for high-quality appliances at affordable prices.

New Zealand’s emphasis on diversity informs Fisher & Paykel’s freethinking approach to design. Still only a little over a century removed from British colonial rule, the country heavily encourages immigration. A quarter of its total population is foreign-born, a number that rises to almost 40% in Auckland, which also claims the title of the world’s most multicultural city with more than 180 ethnicities represented.

And whether they’re immigrants or natives, Mark says, New Zealanders have a healthy passion for exploring the globe. “In spite of having a 12-hour flight to anywhere, we travel a lot and we get a lot of insights from other countries and cultures globally,” Mark says. “We bring those back and incubate them here, and then we take them back to the world.” That sensibility has manifested over the decades in products from washers and dryers to the DishDrawer, a signature product in the brand’s modern line, which comes from “a lot of focus around ergonomics, a lot of work being put into understanding how people use the products,” says Shane.

The DishDrawer debuted in 1996, the same year Fisher & Paykel entered the North American market—where the company has positioned itself as a premium lifestyle brand. What’s key, Shane says, is that Fisher & Paykel’s design and engineering teams work hand-in-hand to ensure their products foreground user experience alongside aesthetic appeal. “The design is not just the design in terms of the way the thing looks,” he says. “It’s the harmony of technology, the visual elements, quality materials—those are all key touch points, but it’s the way you interact with it in your day-to-day life that make it a joy to use.” That harmony has helped Fisher & Paykel burnish a brand reputation for sturdy products that could be handed down from generation to generation. Early prototype of the DishDrawer, circa 1992 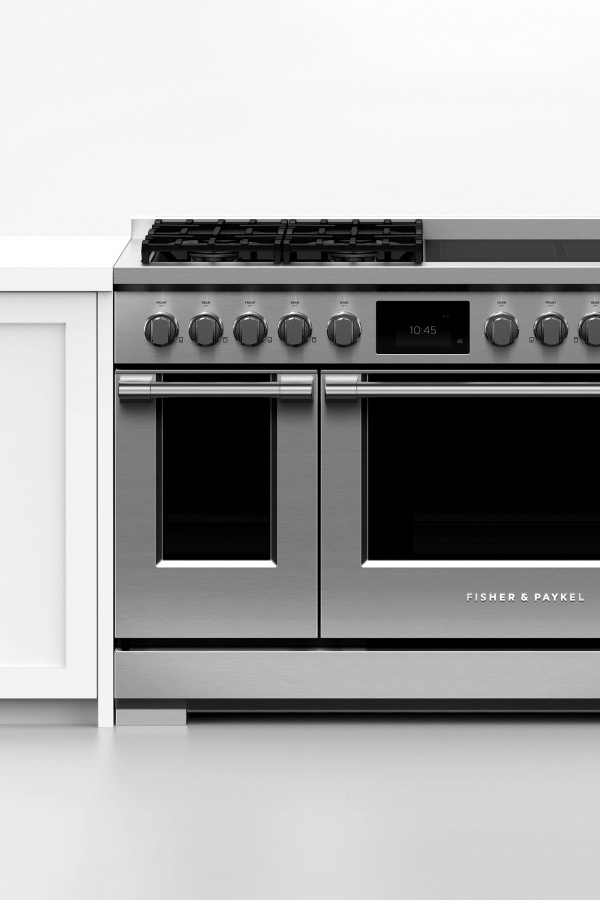 Shane remembers his own parents having not just Fisher & Paykel appliances for many decades, but the very same Fisher & Paykel appliances for decades. “They moved out of the family home last year after 45 years. They still had the original DishDrawer and refrigerator from when they renovated their kitchen in 1998. It was one of the early versions of DishDrawer still going strong,” he says. “Admittedly, my mother looked after things pretty well; she’s a bit of a neat freak. Fast-forward to nearly present day for a behind-the-scenes look inside the industrial design studio in Auckland. The team is seen here in 2016 discussing the latest innovations.

This article originally appeared in the Spring/Summer 2020 issue of Sixtysix with the headline “Kiwi Kitchen Culture.” Subscribe today.