Charles and Ray Eames didn’t believe in waste. Growing up during The Great Depression and living through World War II, they knew what it was like to have nothing—to have to conserve to survive. But what the 20th-century designers also knew was how to find the “uncommon beauty of common things,” a motto they shared with the masses.

It’s only fitting that when the eucalyptus tree that shaded the front entrance of the Eameses’ iconic home was determined sick and therefore unsafe, their granddaughter couldn’t stand the thought of the tree going to waste. “I didn’t want it chipped up. I was willing to go on a journey of exploration figuring out how to use this wood in some project,” says Lucia Dewey Atwood, who is also director of the Eames House 250 Year Project. “This is truly wild wood. It was not carefully grown for future furniture production. It was home to birds and bores. It has lived its life and is beautiful because of it.” The new Eucalyptus LTR base uses the same wire technique as the original, designed in 1950. Photo courtesy of Herman Miller

Lucia communicated her dilemma to Herman Miller and Vitra, longtime manufacturers of the Eameses’ furniture creations, and the limited-run Eames Eucalyptus LTR table was born. The tables—created from two of the eucalyptus trees grown on the California coast property—are one of the first designs the couple created when experimenting with wood. Less than 600 of the eucalyptus-topped tables were made, as many as the two trees would allow, and released for sale this fall.

Most recognized for their groundbreaking work in architecture, furniture, industrial design, and manufacturing, Lucia says the Eameses were passionate about the “honest use of materials.” “They looked carefully at the materials and processes that were being used and if things could be built efficiently. They were insistent on not covering up the chrome-plated steel or the wood. They stood strongly by the concept of ‘it is what it is.’” That concept is evident in the LTR—or Low Table Rod Base—design. Charles appreciated the use of wire in a concept he described as “fantastic things being made with wire.”

Since the Eameses first designed the LTR in 1950 in their home studio, it has become a furniture staple. “It is the very principles of its design,” Lucia says. “It is an occasional table that you can do many things with.” The table can be stacked for shelving, used as a picnic table or plant stand, or simply for entertaining, just as the Eameses themselves used it to entertain artist Isamu Noguchi and actor Charlie Chaplin for a Japanese tea ceremony. “It was very, very important for many designers at that time. The Eames LTR table has flexibility built into it. For me, however, it’s the sheer beauty of an idea that has been honed to its essence. It is what it is.” Herman Miller and Vitra partnered with the Eames Foundation to produce the limited run table. Photo courtesy of Herman Miller

The Eameses loved nature and the idea of building into the hillside, living in the meadow surrounded by eucalyptus trees. It’s for that reason that the house, built in 1949, is surrounded by more than 200 such trees. They originally planned to build their home across the meadow but quickly shifted gears when they learned they’d have to knock down trees to make it happen. “What better way to honor them and their love for these trees and this property than to repurpose the wood?” Lucia says.

Harvesting and repurposing were not easy, though. “When a eucalyptus tree is cut down it will crack very quickly, in just a day or two. The team really had to figure out exactly everything what was going to happen to make sure this wood would be usable,” Lucia says. “It was a true feat to make it all happen.”

Eucalyptus is not often a go-to choice for woodworking, but the team at Angel City Lumber did their research and the end product “turned out great,” says Jeff Perry, cofounder. The locally owned, nine-person team had the massive tree—4 feet in diameter and upwards of 100 feet tall—cut down in 5-foot lengths so the pieces could easily be transformed into tabletops. The wood, in combination with another failing tree on the property, was then sealed with a special wax to hold in moisture. “If you don’t do that the water starts to wick out the end grain and create all these cracks,” he says. The sealed wood was then milled and kiln-dried for two-and-a-half months before being transported and made into the LTRs.

All Eames Eucalyptus LTR tables come with documentation specifying which tree each individual table was built from. A Property for the Ages

In order to preserve the Eameses’ historic property and keep it close to its original state, the family and the Eames Foundation developed the Eames House 250 Year Project. The project is dedicated to “making sure your great-great-great-grandchildren can have the same authentic experience that the Eameses did when they lived there,” Lucia says. The plan includes re-planting the removed eucalyptus trees when the ground is deemed healthy enough. “The root structure is extremely hardy and they sometimes come back and start growing again. We have to wait to make sure the old tree is gone before we plant a new one.”

The Eames property was designated as a National Landmark in 2007. Known for its interaction with surroundings and the inventive use of industrial building materials, it was built as part of Arts & Architecture’s Case Study House program and named Case Study House No.8. The Eames House 250 Year Project team is constantly working to maintain and improve the property while keeping the Eameses’ intent a top focus. “Charles and Ray’s approach was always, ‘Don’t just change something to change it; change it to make it better.’ We take that into account with every decision we have to make,” Lucia says. You can find out more about the Eames Eucalyptus LTR or make a purchase at Herman Miller here.

Recommended
6 Mexican Designers on What Inspires Them Philippe Starck on Designing Everything from Space Stations to Olympic Medals 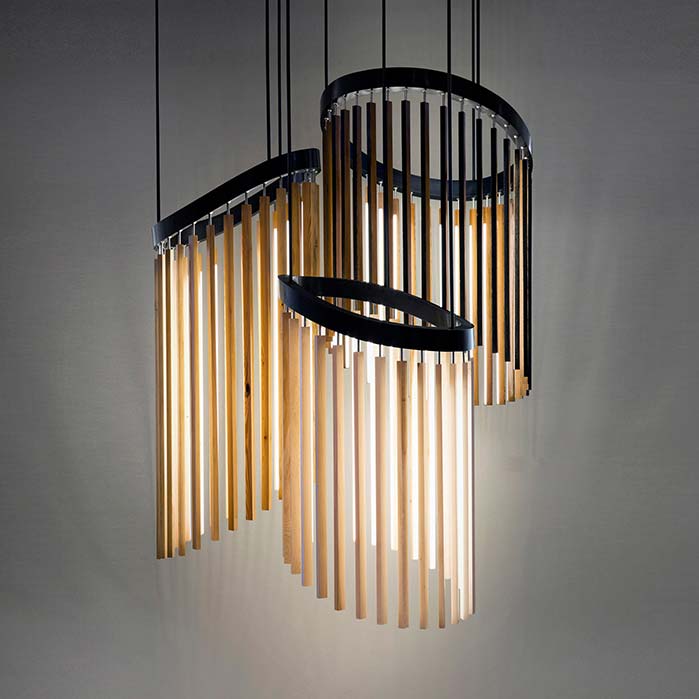 Designer Marcel Wanders is the Busiest Man Who Never Works